A big thank-you from all the happy stompers of the Cape to everyone who helped make the Full Moon Festival such a success. A rewarding night of banging beats and good vibes was had by all.

From the decor to the line-up, it’s clear that Full Moon Events  put in a lot of effort and attention-to-detail behind the scenes.
And that’s what makes an indoor party so unique and enjoyable.
Others will agree with me when describing  the event as positively different to any of its kind held at  The Side Show.

Everywhere I looked, I was greeted by smiling faces.  It’s always refreshing to encounter such a sense of of unity on the dancefloor (all due to the amazing power of psy). I am very lucky to have been part of it. Special thanks goes to Schalk Jaco Kruger for hooking me up with a spot on the guestlist.

Israeli extraordinaires, Nir Sobol & Eyal Tzur (Exaile) were central highlights of the evening. And just as promised, they tore Side Show to pieces. The pysk that radiated from the crowd was no less than incredible.

Listen to this insane track that Exaile played during their set.

In terms of visuals, party-goers were kept enchanted by out-of-this-world displays. Thanks to The Psychedelic Theatre for an awesome LED light show, Myles Design (and his psychedelicious yellow flower) as well as Frank Latter Visuals (below are some snapshots of Frank’s mind-blowing projection mapping at the event).

I am super psyked for next year’s Full Moon Festival.

Stay posted for photo’s from the event here. 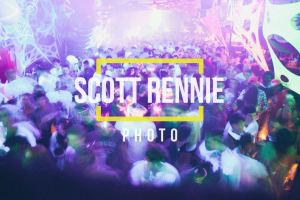 MORE FEEDBACK TO FOLLOW…
as well as references to the photographers who captured the magic.

Have a raging week, fellow stompers.

Check out what Psymedia Cape Town just posted on Facebook. 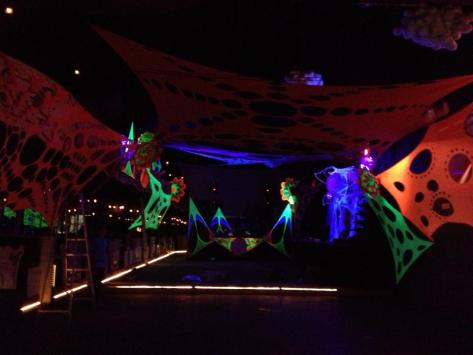 If you haven’t gotten your ticket, there’s still time. Do it now.I’ll see you fellow stompers on the dancefloor.

Be part of the magic tonight. Catch Exaile LIVE at The Full Moon Festival.

Line up is as follows.

Yep, that’s right. He’s in Cape Town.
Only two more sleeps until Exaile sets the city on fire at
The Full Moon Festival.

There are still tickets available at R80 presold,  if you haven’t gotten yours yet it’s time to hurry.

Still unsure whether or not to attend The Full Moon Festival: ECLIPSE featuring Exaile this Saturday?

Perfect for those of us on a tight student budget.

Jagermeister and Tequila – R15 each

So what are you waiting for? Get your ticket today and get psyked ❤

Everyone’s getting super psyked for Saturday at The Side Show.

And there are still tickets to be won.

Check out this competition by Psymedia:
They’re giving away 2 x DOUBLE TICKETS for the Full Moon Festival Event in Cape Town.

EXAILE (all the way from Israel)

2 lucky people will each win DOUBLE tickets for themselves and a  friend – Winners to be announced on Thursday the 20th.

A big thanks goes out to Full Moon Events! They added me to the the Full Moon Festival: ECLIPSE guestlist. What legends!

Are you psyked for Saturday, yet?
Only 6 more days until EXAILE hits the Mother City.

Avoid waiting in the queue, get your ticket now.

You can find reviews of the event, as well as photography here on Psyked in the City.

It’s time to get psyked, with only one more week until the Full Moon Festival sets Cape Town alight.

Exaile, Israeli psy-trance guru, is set to satiate the Mother City with some deeply psychedelicious tunes.

If you aren’t familiar, here’s the lowdown:
Nir Sobol & Eyal Tzur (Exaile) have been making music together since 1996, bringing trance to life all over the world, including: Japan, Mexico, Portugal, India, Russia and, of course, Israel. Having played with A-list DJs such as Skazi, G.M.S and Astrix, these men are pros behind the decks. Celebrate true psytrance talent at the Side Show on June the 22nd.

Visuals by Frank Latter Visuals, an LED light show by Psychedelic Theatre and of course, one KILLER lineup featuring:

Pre-sold tickets cost R80.
Get yours ASAP to avoid FOMO.

You can find out more details about the event here.

The spirit of South African psy.

"We have something very special going on in Cape Town. It’s by far my favourite scene in the world and it keeps surprising me even after all these years."
- Broken Toy