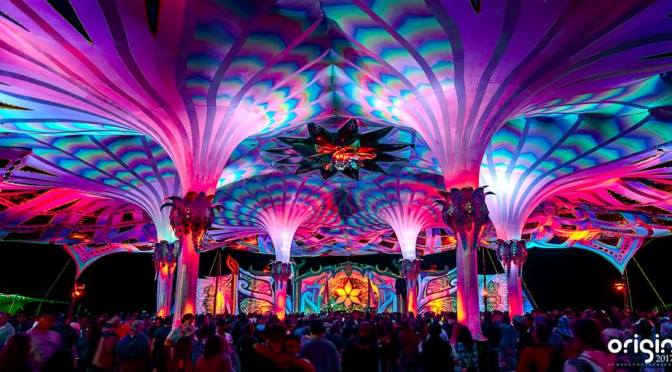 “Can you see the colours? Everything is so trippy.”

If you love a good dance-floor banger, you’re probably familiar with this vocal – it comes from a track by Vini Vici,  Tristan & Avalon called Colours, and it’s exactly what comes to mind when I think back to Origin Festival. This year Origin pulled the rabbit out of the hat, giving us a jaw-dropping “candy land” themed dance-floor and the same top-notch production we’ve come to know and love over the years.

So what were some of the highlights from Origin Festival 2017?

Let’s start with the production. It’s not an easy job pulling off a large-scale festival with such precision year in and year out, but Origin keeps it consistent and that’s one of the reasons why we get to enjoy phenomenal sound (thank you RP Sound and Lighting) and stellar line-ups, incorporating a myriad of electronic genres.

For the psytrance enthusiasts like myself, our needs were fully met with international guests like LOUD, 2012, Magik, James West, Virtual Light, Bayawaka and Golanski; not to mention a host of home-grown talent.

Because we arrived late to the party, my first real trip to the dance-floor was on Saturday afternoon. I managed to catch the last moments of Golanski before Sad Paradise took over. Dancing to Headroom’s set as the sun went down, I took a moment to appreciate the scene around me. The dance-floor though full felt surprisingly spacious – I really enjoy that at a party – and I think we can all compliment the 3D mapping that went on.

Really, when I said the production was killer I meant it.  The rest of the night rolled forward with Dala, Magik and Virtual Light. Then Tersius blasted some twisted forest beats, taking us into the twilight zone just in time for Daroom whose set was – quite simply – what psychedelic dreams are made of. 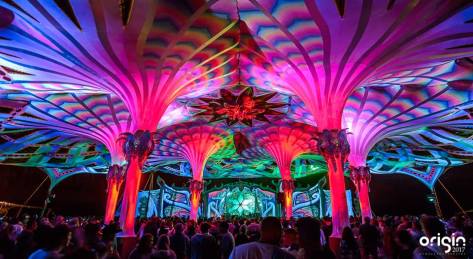 After a quick stop at the Beats floor to check out the vibe, I decided it’s time for some shut eye and regretfully tore myself away from the dance-floor. I was sad to have missed Tune Raider’s set though I was told of its awesomeness by many party-goers that Sunday. I was able to enjoy a taste of Mark’s set as I woke up to the day. By ten o clock, it was time for Nano’s very own Regan to take control. Staying within the Nano family, UK-guest James West followed suit and then the famous Commercial Hippies.

By that stage, the party was in full swing and the floor had really filled out. None of us wanted the magic to end – not the fresh Sunday Funday attendees with newly made-up faces nor those who had been hitting it hard since Friday. Of course, Origin had saved a special treat for the very end and that was Loud’s full band performance. We blinked and two hours had passed. We’re still not sure how it happened! But as they say, time flies when you’re having fun. 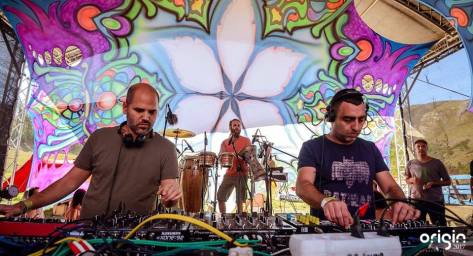 I can honestly say that all the fun was had. Big thanks to everyone who made this event the raving success that it was. It’s safe to say I’ll be returning next year until then… I’ll be looking back at the memories, grateful to have been a part of it.

The spirit of South African psy.

"We have something very special going on in Cape Town. It’s by far my favourite scene in the world and it keeps surprising me even after all these years."
- Broken Toy